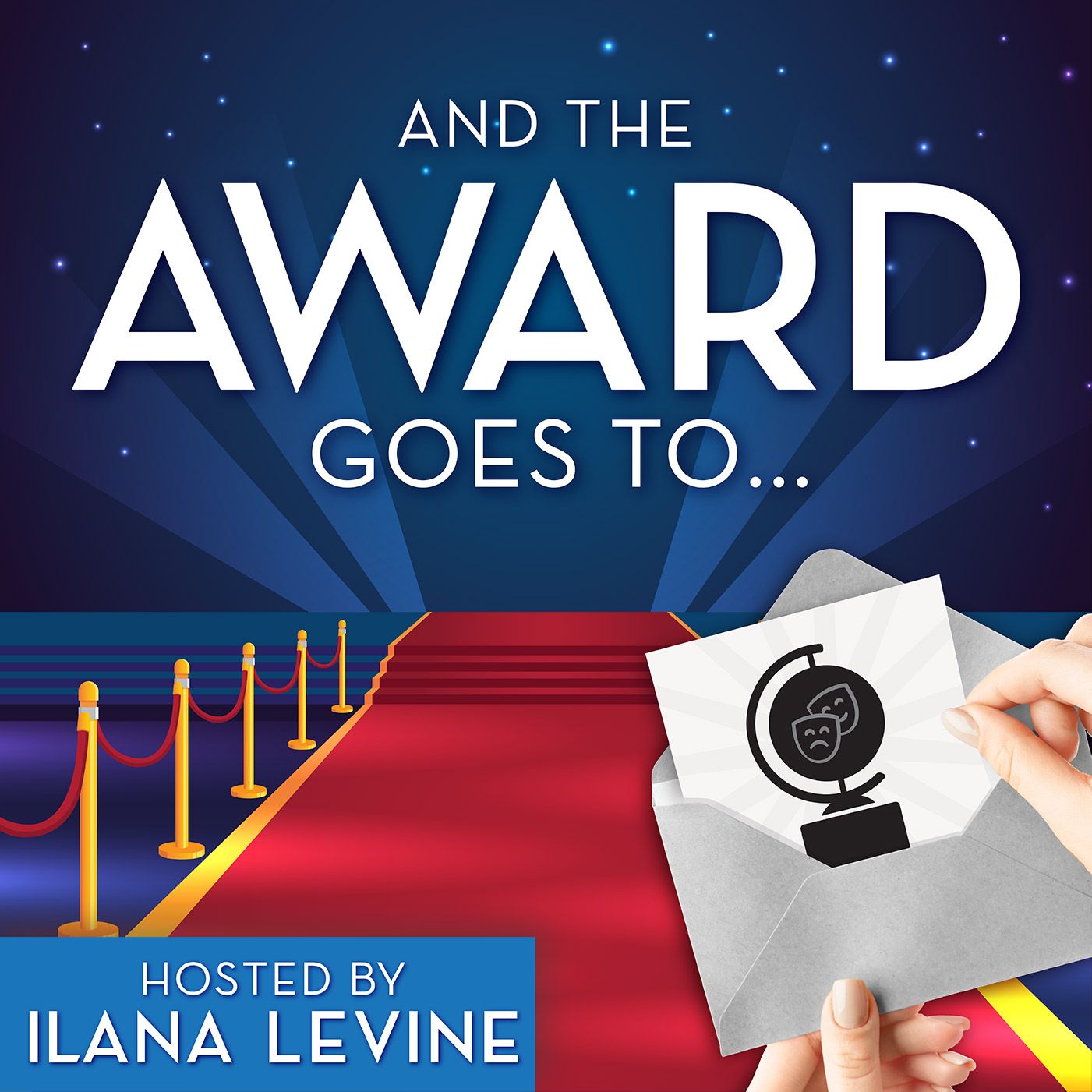 And the Award Goes To... Hosted by Ilana Levine

Have you ever dreamed of winning a Tony Award? Did you ever practice your Tony acceptance speech in the bathroom mirror? Did you grow up watching the Tony Awards every year ? Do you have a collection of Tony Award shows on VHS tape that you refuse to throw out? This is the podcast for you. Every week actress and podcast host Ilana Levine interviews your favorite Tony Award winners and together they go down memory lane as guests share intimate and never before shared details about their Tony experience. You will hear their reactions as they listen to their Tony speech again and feel like you are reliving the experience with them. Tears are shed- laughs are shared and it is a rare glimpse into what it really is to sit in Radio City and hear your name called and all the emotion and relief that comes with that rare moment where fantasy and reality come together and the thing you have wished for your whole life has just come true and suddenly you have to walk down an aisle and step up on that stage and try to put into words how much this award means to you. Welcome to “AND THE AWARD GOES TO…” By the end of each episode listeners will feel like THEY have just won a Tony! Theme song lyrics and music by Georgia Fumusa. Musical orchestration by Alexander Sage Oyen. Part of the Broadway Podcast Network.

Aug 04 2020 34 mins
“This is a story about love” is how Arthur Laurents- writer and director of West Side Story- described the show to Karen Olivo who was cast as Anita. He went on to say “You fight because you love. The hate you feel is because you fear the thing you love will go.” On this episode of “ And The Tony Goes To…” Karen shares details about her complex and close relationship with director Arthur Laurents, with whom she connected deeply and Karen shares how she felt overwhelmed by the expectations of playing Anita- a triple threat role where one is meant to be a great dancer, singer and actress and she describes in detail how Arthur made sure that Karen felt supported in all those areas. To this day when she speaks of Arthur she gets emotional remembering what it was to work with him and how much he meant to her and of course- we talk about how her friend Lin Manuel Miranda was instrumental in her getting the role. Hosted by Ilana Levine, Produced by Alan Seales, part of the Broadway Podcast Network.

Jul 28 2020 35 mins
James Monroe Iglehart grew up obsessed with Disney and Robin Williams ( the Genie in the film Aladdin) was his childhood hero. At 17 his graduation gift from his mother was going to see Aladdin so clearly the role of the Genie was his destiny but there were many hurdles along the way. In this episode James describes how he fought for the role that made him a household name and a Tony Award winner plus he shares with Ilana the most amazing story of performing at The White House for Barack and Michelle Obama- dreams do come true! Hosted by Ilana Levine, Produced by Alan Seales, part of the Broadway Podcast Network.

Jul 20 2020 36 mins
In 2008 Patti LuPone won her second Tony Award. She has been nominated a total of seven times. Join host Ilana Levine and Patti as they listen to Patti’s 2008 acceptance speech and Patti takes listeners on a trip down memory lane, recounting that evening and all that led up to her second Tony win -- 28 years after her first! As an actress Patti has devoted most of her career to Broadway and with Ilana she is astonishingly candid in conversation. In this premiere episode of “ And The Tony Goes To..” Patti describes her very fraught and emotionally devastating past with Gypsy scribe, Arthur Laurents, and shares what Scott Rudin told her to do if she wanted to bring Gypsy back to Broadway. She also explains why she never really wanted to play the role and why she changed her mind. All this and more with the extraordinary actress, Patti LuPone. Hosted by Ilana Levine, Produced by Alan Seales, part of the Broadway Podcast Network.
No review available yet...