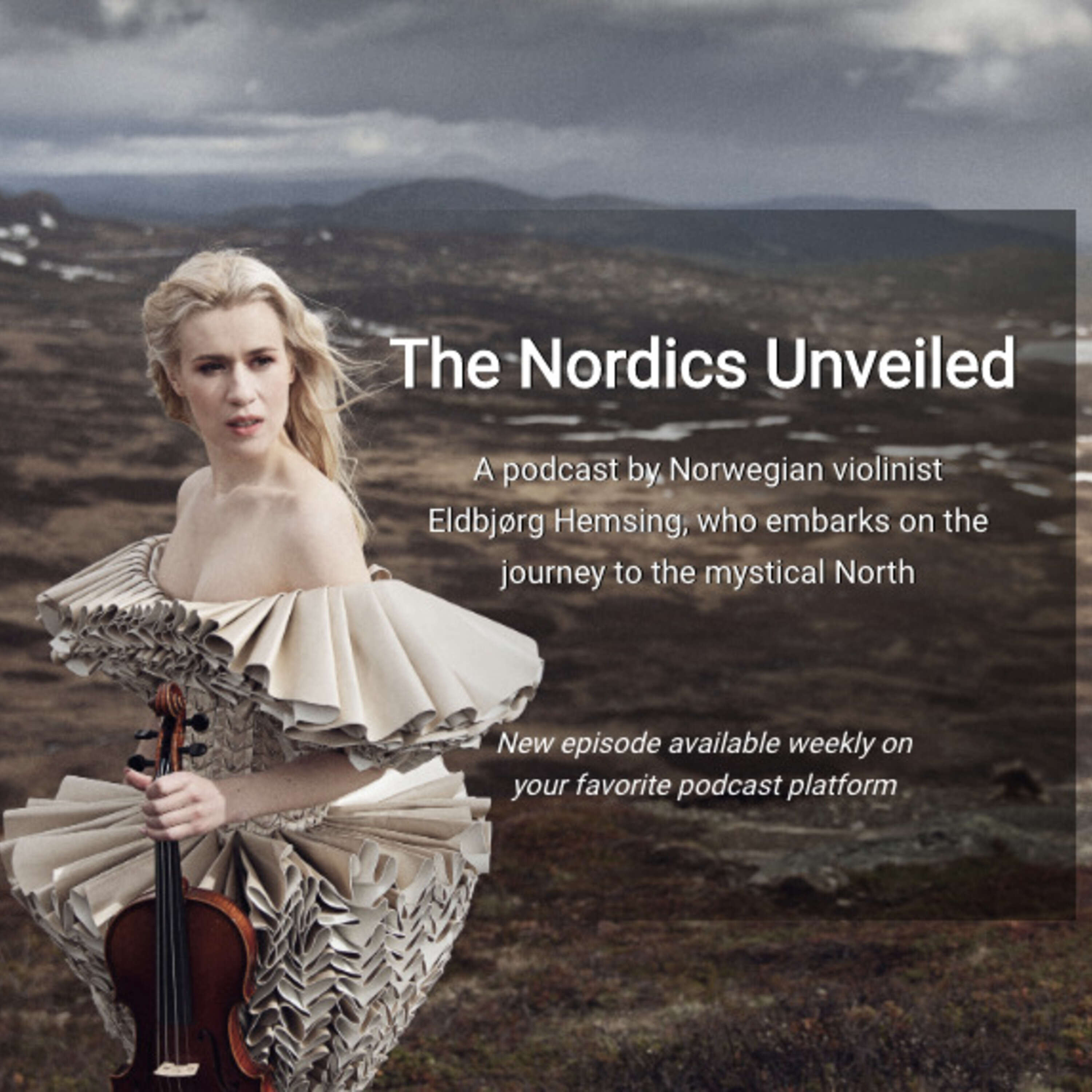 What is typically Nordic? What characterizes our history, development and who we are today? Norwegian violinist Eldbjørg Hemsing has grown up in a village of Aurdal, in the valley of Valdres where centuries old folk music tradition had influenced and inspired composers such as Grieg, Ole Bull and Halvorsen. The so called ‘Nordic sound’ is strongly inspired by nature, moods and changes. Everything from the northern lights, to deep mountains and valleys, to water. The lyrical, melancholic and often cautious optimists are a key words to explain what can often be characterized as Nordic. The clean, simple and often pictorial. At the same time, it is a courage and a force to be reckoned with, as can be drawn from Nordic fairy tales, often with a warm humor. Many of these features also appear in other artistic disciplines. How has history shaped us and what can we learn from who we are today? Embark on the journey to the North and join Eldbjørg Hemsing in "The Nordics Unveiled", exploring the themes of Nordic mythology, folk music, Sami tradition, discovery of forgotten Nordic works in music, philosophy, architecture and nature.

Nov 23 2020 44 mins
In the new episode of “the Nordics Unveiled”, Eldbjørg Hemsing is joint by one of the Nordic's most exciting composers of the younger generation, the bold and charismatic Maja Solveig Kjelstrup Ratkje. Throughout the episode, they explore the Nordic sound, contemporary music impulses and Maja's playfulness with improvisation in sound making.

Nov 16 2020 47 mins
In the new episode of “The Nordics Unveiled” Eldbjørg Hemsing is joint by a Hardanger fiddle musician and violin-maker Ottar Kåsa. Throughout the episode, they unveiling the history and mystery connected to the Norwegian national string instrument Hardingfele or Hardanger fiddle in English.

Nov 09 2020 36 mins
In the new episode of the Nordics Unveiled, Eldbjørg Hemsing is joint by the exceptional multi-faceted artist Mette Henriette. An artistic voice of today, Mette unveils the inspiration and connection to the nature in the Nordics, discovery of her Sami heritage and the Nordic sound.

Nov 09 2020 44 mins
In the very first episode of The Nordics Unveiled Norwegian violinist Eldbjørg Hemsing is joint by one of Norway’s most celebrated composers, Lasse Thoresen. Thoresen is recipient of numerous international awards and accolades, including the most prestigious Scandinavian the Nordic Music Prize. He is praised for his unique soundscape rooted in elements of folk music, taking listener on a journey full of surprises. Join them on the journey to the North, exploring on what is the Nordic sound and how folk motives continue shaping his soundscape.

Oct 29 2020
Embark on the journey to the North and join Norwegian violinist Eldbjørg Hemsing in “The Nordics Unveiled“, exploring the themes of Nordic mythology, folk music, Sami traditions, discovery of forgotten Nordic works in music, philosophy, architecture and nature.
No review available yet...