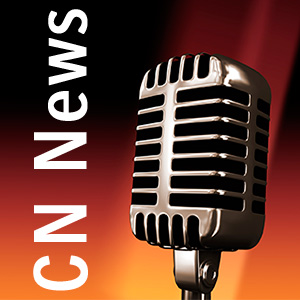 Computing Now's News Podcast covers the most important and interesting topics from industry and research.

Feb 04 2015 7 mins
A Linux bug representing a major Internet threat, the US requiring faster speeds for broadband, and big tech firms settling a lawsuit over accusations that they unfairly limited workers' wages.

Jan 28 2015 7 mins
Three advanced technologies beginning to improve mobile telephony, researchers developing an application that wins at poker, and familiar names at the top of 2014's list of worst passwords.

Jan 13 2015 7 mins
Hackers attacking the Internet naming authority, companies working on ways to let mobile apps communicate with one another, and California prisoners being taught to program.

Dec 10 2014 7 mins
Sony hit with a devastating attack, a new Bluetooth version that connects to the Internet, and the father of the home video console dying recently.

Dec 03 2014 7 mins
E-commerce websites crashing under the weight of holiday traffic, breaking up Google in Europe, and a new project promising to help make the Web more secure.

Nov 26 2014 7 mins
Malware that has been spying on victims for six years, a company at the center of a controversy over the future of cloud services and TV broadcasting declaring bankruptcy, and virtual reality that could make gamers sick.

Oct 29 2014 7 mins
Another serious flaw in a major Internet-security technology, a consortium working on new Ethernet approaches, and a new text service that could help spot Ebola outbreaks in Africa.

Oct 17 2014 6 mins
Hackers breaching European ATMs and withdrawing cash, the US rejecting more software patents than in the past, and a new trend in which wearable technology adheres to skin.

Oct 10 2014 7 mins
Silicon Valley legend Hewlett-Packard splitting into two companies after 75 years, support growing for a new software approach that could boost cloud computing, and some security experts saying mobile malware is finally about to become a problem.

Oct 01 2014 6 mins
Hackers starting to exploit the critical Shellshock vulnerability, new technology making security just a heartbeat away, and a potato-salad crowdfunding joke that turned into a boon for charity.

Sep 18 2014 5 mins
A tiny radio that could help enable the Internet of Things, a high-powered version of TCP rendering firewalls and other security products useless, and Google testing drones to provide Internet access to remote areas.

Sep 08 2014 6 mins
The recent digital crime wave, NATO being ready to approve a pledge of mutual defense in case of a major cyberattack, and researchers using visible light for car-to-car communications.

Aug 21 2014 6 mins
Hackers steal customer data from supermarket chains and a major healthcare system; technology to help poorer parts of the world connect to the Internet; and Intel's new fanless, energy-efficient chip that could lead to ultrathin mobile devices.

Aug 14 2014 7 mins
IBM announcing a new type of chip inspired by the brain; security researchers listing the cars most and least vulnerable to hacking; and a US court rejecting a settlement in a wage-fixing collusion suit against big Silicon Valley companies.

Jul 02 2014 6 mins
A US court decision that has sparked fears for cloud services' future, a new approach that promises a Web-development revolution, and a hacker operation that threatened the US energy industry.

Jun 04 2014 6 mins
Applications for the Internet of Things, high-tech cars' vulnerability to hackers, and Google launching satellites to provide internet access to unserved and underserved areas of the world.

May 30 2014 6 mins
eBay and security breaches, Google as the world’s most valuable brand, and MIT scientists developing a way to provide satellites with ultrafast communications.

May 21 2014 6 mins
International law-enforcement sweep netting people for allegedly distributing malware; the European Court of Justice supporting the right to be forgotten; and the US formally charging Chinese military officials with extensive business cyberspying.

May 14 2014 6 mins
Hospital equipment vulnerable to hacking, IBM experimenting with electronic-blood technology to power and cool supercomputers, and police using crowdsourcing in investigations.

May 07 2014 6 mins
Verdict in the second epic Apple-Samsung patent lawsuit, a US report saying that the Internet of Things could cause serious privacy problems, and researchers demonstrating how hackers could compromise networked traffic-control gear and cause roadway gridlock.

May 01 2014 6 mins
A serious Internet Explorer flaw, a group to support key open source projects to avoid problems like the critical Heartbleed flaw, and developing robots that can teach other robots to play games.

Apr 24 2014 7 mins
The Heartbleed flaw, the US Supreme Court hearing an important case that could change the future of TV broadcasting and cloud-based services, and a laser-based technology that could quadruple Internet speeds.

Apr 02 2014 5 mins
Journalists under fire from hackers, security problems when Windows XP support ends on 9 April, and Facebook working on drones and satellites to bring the Internet to remote areas.

Mar 26 2014 5 mins
Smart homes as easy targets for hackers, a virtual-reality gaming headset, and researchers developing a drone that could steal data from smartphones it flies over.

Mar 20 2014 5 mins
The US giving up administrative control of the Internet, a European Parliament committee vote challenging Net neutrality, and an open source project aiming to build mobile networks inexpensively.

Mar 12 2014 5 mins
Java as malware developers' favorite target, a headset that beams video directly into user's eyes, and a tiny computer that a user wears in the ear and controls with facial movements.

Mar 05 2014 5 mins
The US power grid and cyberattacks, IPv4 addresses, and a new technology that lets Wi-Fi users tap into unused bandwidth from nearby networks.

Feb 27 2014 5 mins
Security problems with healthcare-related companies' networks that could compromise patient privacy, Google's prototype smartphone that can view the word around it in 3D, and a mobile app that helps drivers fight parking tickets.

Feb 19 2014 5 mins
A recent DDoS attack being the biggest ever measured, privacy concerns about a major US airport's information-gathering lighting system, and a new energy-saving trend in which supercomputers are kept cool by immersing them in liquid.

Jan 28 2014 4 mins
Hackers conducting the first Internet of Things attack, an apparent mistake by Chinese censors diverting a huge volume of China's Internet traffic to a small US company, and the increased connectivity of cars causing privacy concerns.

Jan 07 2014 4 mins
Yahoo's European advertising website serving malware to hundreds of thousands of visitors over the New Year's holiday period, businesses increasingly working with open source software after years of resisting its use, and 3D chips gaining in popularity.

Dec 30 2013 5 mins
The aftershocks of the huge security breach that the Target company experienced, a boost for an organization that is trying to reduce online activities' dependence on passwords, and a high-tech tennis racket that helps players improve their games.

Dec 11 2013 5 mins
A plan by companies to design a framework for the Internet of Things, DARPA's development of video games that could help identify software vulnerabilities, and researchers finding two flaws that could let hackers attack smartphones.

Nov 26 2013 4 mins
Attacks in which hackers hijack Internet traffic, a new system designed to help people who suffer accidental falls, and the first accredited university to let students pay for tuition with bitcoins.

Nov 11 2013 4 mins
A plan to close the WHOIS system for domain-name registration records, a program offering bug bounties for the entire Internet, and a study showing that streaming media consumes the greatest amount of bandwidth on most networks.

Jul 24 2012 2 mins
Scientists have developed a way to hide data within voice-over-IP packets, enabling people to secretly send information to others while having a normal phone conversation.

Jul 20 2012 4 mins
The announcement that 141 million smartphones run an application that allegedly captures information about users has caused a storm of controversy, including denials from the software’s vendor.

Jun 26 2012 2 mins
A company has designed a tiny, inexpensive chip that can wirelessly transmit signals at up to 1.5 Gbits per second now and possibly 30 Gbps in the future.

May 30 2012 3 mins
A team of researchers has used computer analysis, machine translation, and other technologies to crack an encrypted 18th-century document that had previously resisted decryption.

May 24 2012 3 mins
Hackers and security researchers are increasing efforts to find problems with the control systems that run factories, nuclear-power plants, and other critical facilities.

May 15 2012 3 mins
A research team has developed a relatively inexpensive device for writing Braille that solves the problem of blind users having to find keys on a virtual keyboard that appears on a flat glass touchscreen.

May 02 2012 2 mins
German researchers have found serious security problems with two cloud systems and say these flaws probably exist in other cloud architectures.

May 02 2012 2 mins
Researchers have developed a system designed to prevent hackers from attacking implantable medical devices such as heart pacemakers.

Mar 29 2012 3 mins
University of Washington scientists have built a transistor that uses protons to send information, potentially enabling devices that could communicate with living things.

Mar 29 2012 3 mins
Japanese researchers have developed a pedestrian navigation system that uses haptics so that users can watch where they’re going and not have to look at maps or a device. .

Jan 24 2012 3 mins
A Swiss semiconductor vendor has developed a system for mobile devices that determines a user’s location when neither GPS nor Wi-Fi is available.

Jan 13 2012 3 mins
Engineers have developed flexible circuitry that can be mounted on a user’s skin to perform tasks such as health monitoring.

Dec 17 2011 3 mins
IBM and 3M have announced plans to jointly design adhesives that could enable the stacking of 100 chips, thereby enabling ultrafast processors.

Nov 23 2011 4 mins
MIT researchers are developing energy-efficient microchips that could operate within wearable or implantable devices that monitor medical patient for health problems.

Aug 24 2011 5 mins
MIT researchers have developed a system that promises to make it easier for systems to recover from security breaches.

Aug 12 2011 7 mins
A company has developed a recommendation engine that uses AI to anticipate what users want even before they have a chance to ask.

Accessing the Internet via Overhead Lights

Jul 07 2011 5 mins
A company has designed a lighting-fixture-based system that offers an access point to the Internet or any backbone network to which a user can connect.

May 24 2011 4 mins
Researchers have developed a high-tech brush that lets users create art by picking up images, video, audio, colors, and textures from objects and painting them onto a touch-screen canvas.

May 24 2011 4 mins
Personal mobile hotspots let users wirelessly access network services even when no traditional Wi-Fi hotspots are nearby.

How Safe are Secure Websites

Nov 09 2010 6 mins
Concerned organizations say basic flaws in Web-security design may be causing many websites that display padlock icons-designed to show that they're secure-to be unsafe.

Sep 24 2010 4 mins
A new product promises to help users determine the most relevant results of their online searches.

Sep 17 2010 4 mins
A researcher has developed visualization techniques and a toolkit that let users comb through disease-related statistics in otherwise unexamined sources - such as patient records and newspaper articles - to discover geographic trends that could help control the spread of illnesses. Article link: http://doi.ieeecomputersociety.org/10.1109/MC.2010.236

Device Could Eliminate Wires in Home and Office Communications

Sep 10 2010 4 mins
Purdue University researchers are working on a small device that converts laser pulses into radio signals, which could enable high-speed wireless communications in place of many of the wired transmissions currently used in home and office systems.

Sep 03 2010 4 mins
A Carnegie Mellon University doctoral student has developed a prototype system that could let users turn their arms or hands into keyboards or display screens via acoustic vibrations produced by tapping their skin.

Aug 05 2010 5 mins
Researchers are beginning to work on an approach they call social TV, which seamlessly combines social networks and traditional television viewing.

Aug 05 2010 5 mins
A Canadian university researcher is working on ways to provide security for RFID technology. His approach would let users know when a reader is accessing information on an RFID tag or enable them to control access to the data.

Jul 09 2010 5 mins
A proposed specification that would standardize Web-based fonts promises to enable rich typography on the Web.

Jul 09 2010 3 mins
Researchers have developed a new approach to steganography that could conceal information on CDs in a way that makes it unreadable by conventional CD players but detectable by specially designed devices. Article link: http://doi.ieeecomputersociety.org/10.1109/MC.2010.1

Jul 09 2010 4 mins
A standards organization has finished work on Bluetooth 4.0, which will offer high data rates and work with low-power devices such as medical and physical-fitness sensors.