In which an American accent is revealed to be trickier than a British one, Natasha Richardson gets snockered, and Evie seeks answers regarding the existence of electric hips.... 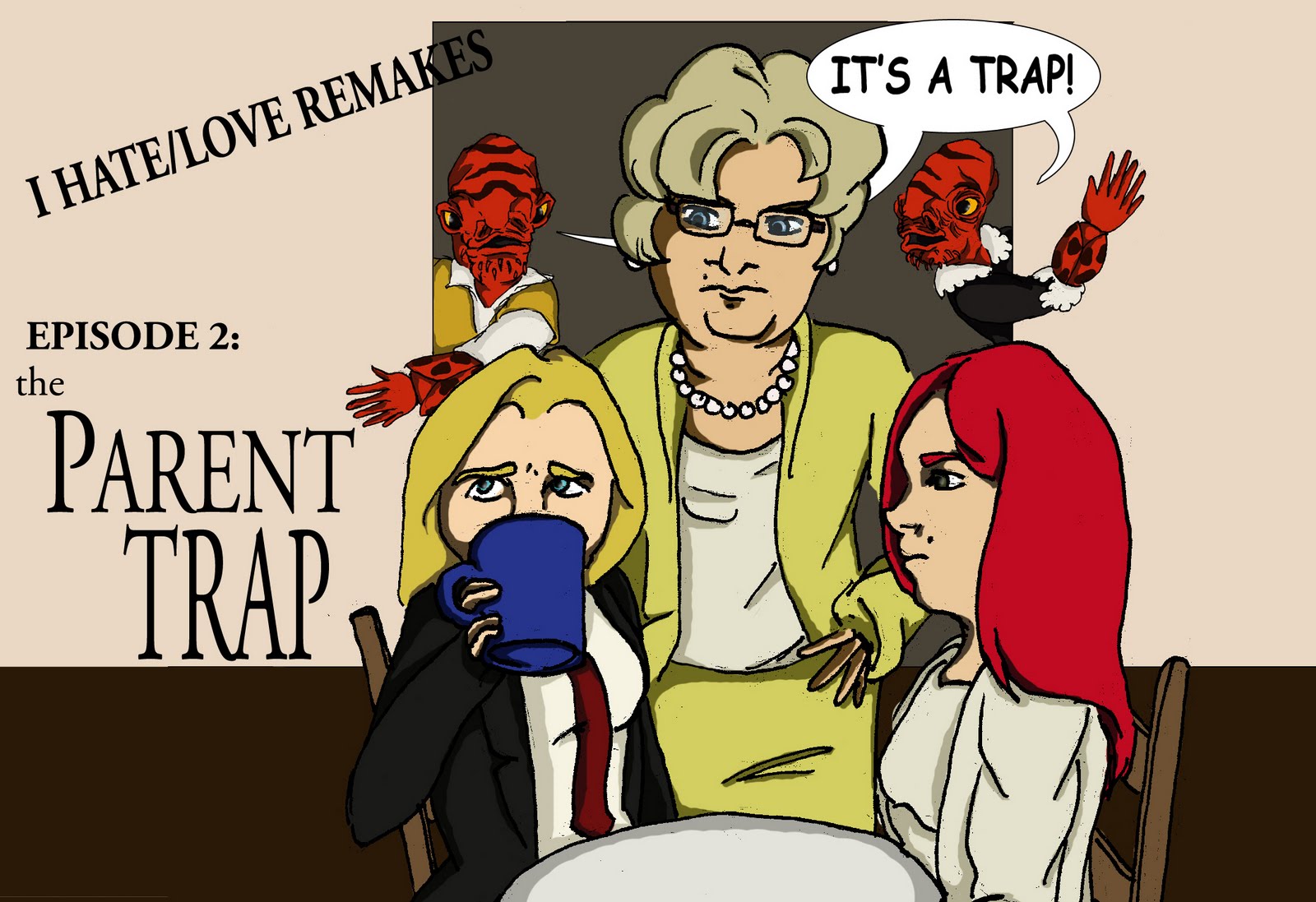 A big thanks to our friend Kerri for joining us. Her laugh is almost as sinister and chipmunky as Evie's.

Skype was a pain in the ass the night of the recording, garbling and skipping words, and cutting out on people left and right. I edited around it as best I could (we recorded for over two hours), but the occasional issue still slipped through, and we apologize if the final conversation feels a little scattered as a result. We would have stopped and rescheduled, but we were having too much fun.

For more information about the 1961 version of The Parent Trap, visit its IMDB and Wikipedia pages.

For more information about the 1998 version of The Parent Trap, visit its IMDB and Wikipedia pages.

And for more information about the 1949 Erich Kästner novel, Das Doppelte Lottchen (released in the U.S. as Lisa and Lottie), check out its Wikipedia page.