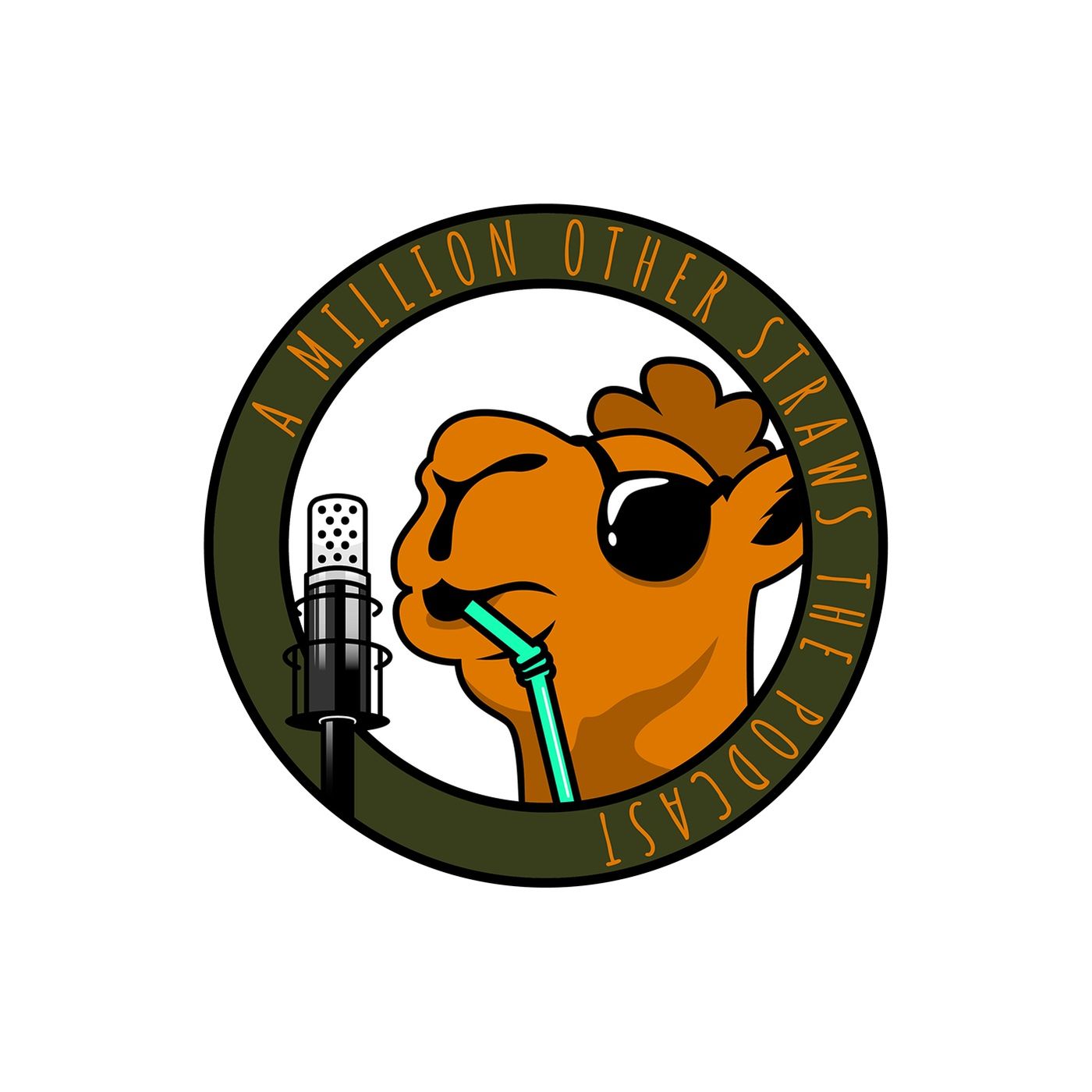 A Million Other Straws - the Podcast

A Million Other Straws is a podcast series that tries to make sense of a world that does not always seem to do so. It will attempt to show that we are all the same and have more alike with one another than we have different. This show will cover topics that relate to every human, such as, love, relationships, news, entertainment, etc. Nothing is off-limits.

The Roof Is On Fire, Police Are Still At It, America Is Ripe... But Black Men Are Still Dying

Jun 26 2020 61 mins
The brother Travis Hadley and the sister Tia Pace discuss the aftermath of the protests sparked by the killing of George Floyd, at the hands of Minneapolis Police; how it feels to be a Black man living under these conditions; how some Black men lack the vocabulary to express the pain they feel; and what, if any, solutions exist in the wake of this all. As usual, we chop it up in MOS form, as always, giving personal insight.

Covid-19: How Are We Faring, What Can We Learn... Use the Opportunity

Jun 25 2020 62 mins
The brother Travis Hadley and the sister Tia Pace discuss the widespread effects of Covid-19, how sheltering-in-place is impacting relationships of all varieties, what companies may have learned through the shutdown, and other opportunities presented to the collective masses for growth. As usual, we chop it up in MOS form, as always, giving personal insight.

Healthcare: Poor Treatment, Mistrust, and Prejudging... We Need to Get Well

Mar 13 2020 76 mins
The brother Travis Hadley and the sister Tia Pace are joined by special guest, Melody Taylor, to discuss the healthcare as it relates to the Black community; built-in disparities, historical mistrust, preconceptions, and opportunities for growth. We chop it up in MOS form, as always, giving personal insight.

Diversity In the Workplace Should Benefit Us All... Sure

Feb 03 2020 63 mins
The brother Travis Hadley and the sister Tia Pace discuss the notion of diversity in the workplace and society at large; its impacts, who it helps, its validity, and whether it was designed to allow for more acceptance, or just to ease the minds of the perceived majority. We chop it up in MOS form, as always, giving personal insight.

Sad Day for UPS, Label Me Missing, Drug Wrld, and To Impeach or Not To Impeach... We Shall See

Dec 13 2019 64 mins
This episode is about the lunatics who thought it better to take the life of a UPS driver, instead of giving up; law enforcement agencies labeling missing kids of color as runaways, which merits less scrutiny than the former; Juice Wrld and other kids taking drug experimentation beyond the level of experiment and the tragedy that inevitably results from it; also, of course, the shit show that is the political circus of the USofA and typical hilarity in MOS form.

Nov 29 2019 63 mins
This episode is all about sex and delves into the taboo and mystique surrounding swinging; alternative sexual lifestyles; lack of sexual expression in the Puritanical society of the US, and typical hilarity in MOS form with guest speaker, Brenda of the podcast, MixxedNutzz, an interracial couple's discussion about navigating the swinger lifestyle.

As the Impeachment Turns, Kapernick Calls an Audible, and Somebody Needs to Help Kanye... and Fast

Nov 22 2019 64 mins
This episode is about the shenanigans, that is, the Impeachment trial of Donald J. Trump; Stephen A. Smith once again making statements to sound like he knows what he’s talking about, but truly needs to shut the hell up about Colin Kapernick; Joel Osteen taking advantage of, what is clearly, a mentally disturbed Kanye West, and how if people loved him, they would get him the help he needs, and typical hilarity in MOS form.

Nov 08 2019 62 mins
This episode is all about sex and delves into the taboo and mystique surrounding swinging; alternative sexual lifestyles; lack of sexual expression in the Puritanical society of the US, and typical hilarity in MOS form with guest speaker, Cory of the podcast, MixxedNutzz, an interracial couple's discussion about navigating the swinger lifestyle.

Nov 03 2019 63 mins
This episode talks about Travis' latest film, Fragile Like Concrete and its run in the festival circuit and film festivals in general; the madness, that is the NYPD and how abuse of children in the country always seems to be, okay, when that abuse falls on minority children; and the GOP, led by Trump, who attempt to spin the image of US Patriot, Lt. Col. Alexander Vindman, in the eyes of the world and typical hilarity in MOS form.

Black Cinema, Gucci Tripping, College Scandals and the Burning Down of DT... Yeah its Burning

Oct 25 2019 61 mins
This episode talks about the impressions of the Joker film; the opening of Tyler Perry Studios, and the potential of Black Cinema and a move away from Black monolithic tropes; Gucci Mane and the gangster motif and men learning to express emotions without violence; and the Trump shit show and typical hilarity in MOS form.

Oct 18 2019 60 mins
This episode talks about the slaughtering of Kurds; Trump being the Manchurian candidate acting on behalf of Russia and others for profit; the breakdown of the administration and its cohorts; Fort Worth, the latest in senseless killings of people of color, by law enforcement; race relations and typical hilarity in MOS form.

Oct 04 2019 72 mins
This episode talks about impeaching should not be a question of whether we should or shouldn't, but rather, why haven't we already; sound bites without context will make you look like an ass for popping off; investigate deeper than media headlines and you will undoubtedly discover the facts; Dallas jury decides ten years is enough of a sentence for cold-blooded murder.

Surviving, Bargaining, and Fighting... and Streams of Consciousness

Sep 19 2019 63 mins
This episode talks about surviving hurricanes, recognizing the dichotomy of black and brown immigrants and white immigrants, women fighting for the greater good in politics, and some serious streams of consciousness.

Aug 30 2019 62 mins
This episode talks about the impact of David Koch's death, or the lack thereof; the insanity over people's obsession for Popeyes' chicken sandwich, but their ignorance of Newark being the new Flint, with their lead water crisis; and the best yet, Trump wants to nuke hurricanes.

Guns and Mental Health... they are separate, EQUALLY IMPORTANT, issues

Aug 18 2019 65 mins
This episode talks about the shootings in, El Paso, TX and Dayton, OH, and how, coupling the gun control conversation with the conversation over the mental health crisis in America, is disingenuous and deceptive.

What Is Black Enough... #boycottHarriett Our Ass

Aug 10 2019 53 mins
This episode talks about the #BoycottHarriett controversy and what the measure of blackness is, but more importantly, who gets to decide.

What Will It Take... I Mean, COME ON PEOPLE

Jul 24 2019 68 mins
When anyone makes the statement "...go back to where you came from...," they are without a doubt, either a racist; nationalist; xenophobe; or combination of all, which is a shit thing to be in a world of humans.

Eliminating the word "Crazy" is just that... CRAZY

Jul 15 2019 12 mins
Talking about eliminating the word "crazy" from the everyday lexicon... I think that is CRAZY.
No review available yet...